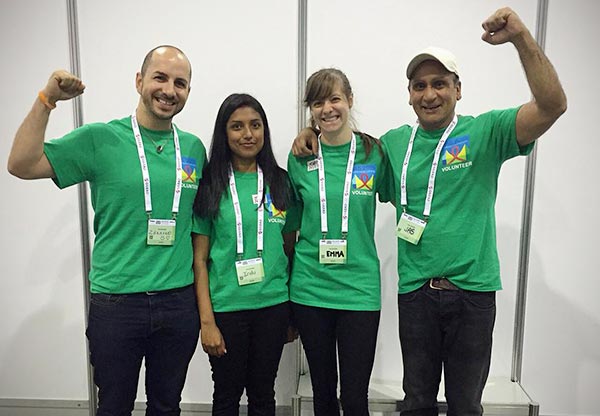 Check out our first update from day one of #IAS2015!

The purpose of the seminar was to de-stigmatize the concept of HIV risk and pregnancy. Certain alternative methods such as “sperm washing” and PrEP are highly effective when it comes to reducing HIV risk in utero. Also, clarification about ARV exposure to babies yields no additional birth abnormalities as compared to the HIV negative populations. However, there still needs to be more comprehensive studies for expecting mothers on ARV.

WHO’s new testing and treatment guidelines are a way to insure that the first 90-90-90 goals are achievable i.e. 90 % of all people living with HIV will know their status. For example, new testing highlights like lay people test conductors and self testing, offers a more dynamic approach the 90-90-90 goals. Also, raising the CD4 count to 500 insures more people receive treatment. The goal of these new measures to is capture population that the previous guidelines didn't reached i.e. those people who have never tested before and those who weren’t able to receive treatment.

First of its kind global review of care and treatment access for women living with HIV. Specifically led by and for HIV + women. The presentation addressed a multitude of barriers to accessing and adhering to treatment. Addressing barriers facing women with right- based programming will achieve goals.