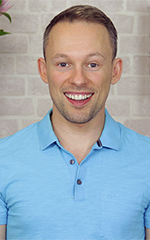 In 2007 Josh Rimer had “the most discussed video of all time” on YouTube and has since uploaded hundreds of videos, garnering over 12 million views on his main channel with over 28 thousand subscribers.

In 2014 OUTtv began airing his videos on their national TV station in high rotation to over 1.2 million LGBT viewers across Canada, making him one of the most viewed personalities on the network. Josh has also been a member of Queer Prov since 2013 and can often be seen hosting or performing in their weekly live shows in the West End.