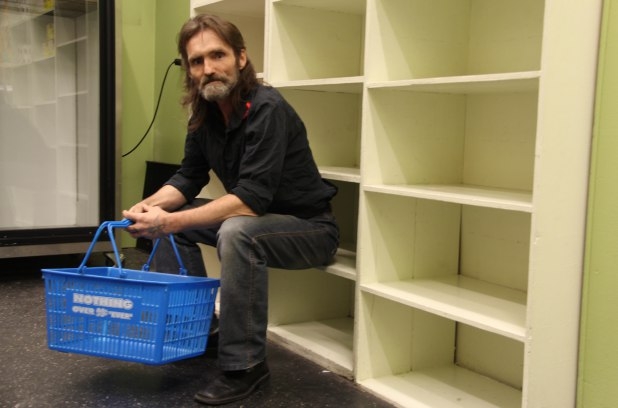 Joe Smith first walked through AIDS Vancouver’s doors in early 2011. It was a very dark time in his life. Joe had just been diagnosed with HIV, although his doctor speculated he’d been infected for approximately two years, the result of being pricked by a contaminated needle while searching a dumpster for returnable bottles. Ironic, in light of Joe’s struggles with heroin earlier in his life.

Homeless, drug dependent and newly diagnosed, Joe was at the end of his rope when he first came through our doors. A broken man.

A very different story from the Joe Smith we know today.

The last few months have been especially important for Joe. In November of last year, Joe volunteered to be the face of AIDS Vancouver’s Holiday Grocery Appeal. Featured on the front pages of both the Vancouver Courier (http://bit.ly/IsMIro) and the Vancouver Metro (http://bit.ly/1cZJCUX), Joe became a spokesperson for AIDS Vancouver’s Grocery program – and in doing so, helped set a record year in donations for Holiday Grocery.

Coming from the success of those two news stories, Joe has been offered a significant opportunity with the Vancouver Infectious Diseases Centre: the chance to be a spokesperson, helping give HIV/Hepatitis C co-infection seminars across Canada.

On a personal note, Joe has also reached out to his family, who he had not spoken to in over 20 years. Now in contact with both his brother and his sister, Joe’s life has taken a significant turn for the better from the despair that filled him when he first walked through AIDS Vancouver’s doors.

In a mere three years, we at AIDS Vancouver have seen Joe Smith undergo an amazing transformation from a broken man to one full of happiness and hope.

Joe is only one of many stories here at AIDS Vancouver.

In a given year, over 2,000 people living with or affected by HIV walk through AIDS Vancouver’s doors. Some, like Joe, respond well to the resources and support we offer. Others continue to struggle. Yet even as they struggle, they remain supported by the staff, volunteers and programs of AIDS Vancouver – programs that are themselves supported by the generosity of our donors such as you.

Every dollar of your donation makes a difference – from purchasing quality, nutritious food to ensuring access to counselling and support services.

With your help, we can make a difference in the lives of people like Joe Smith – people living with HIV who just need someone to lend a hand to help them stand up again. Help us make that difference and donate today.