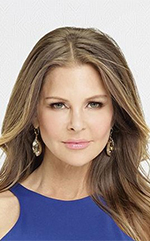 Mary Zilba is an American singer and television personality best known for her singing career in Canada and her reign as Miss Ohio (Miss America Pageant). She was one of the main cast members of The Real Housewives of Vancouver.

Mary has worked in front of the camera and behind the scenes for almost 25 years – from writing and producing travel shows in Florida to writing for various series in LA and most recently was a star of a popular Bravo franchise reality series.